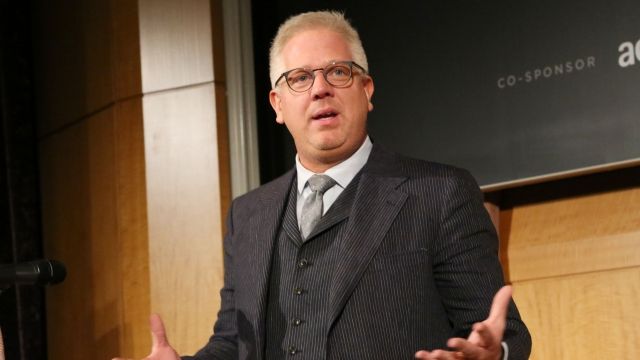 "It has crossed my mind," Glenn Beck said in a Vice interview.

"To vote for Trump?" the interviewer asked.

"To vote for Hillary. It has crossed my mind," Beck said.

The possibility that Glenn Beck even thought about voting for Hillary Clinton is making some conservatives' stomachs turn.

So much so, in fact, that the conservative radio show host had to take to his website to assure his fans that, while he's not voting for Donald Trump, he also isn't voting for Clinton.

Beck has long been critical of Trump, but the release of a 2005 video — in which Trump is heard making crude comments about women — was one of the last straws for the conservative pundit.

Over the weekend, Beck wrote, "It is not acceptable to ask a moral, dignified man to cast his vote to help elect an immoral man who is absent decency or dignity." He added that if the consequence is Clinton winning the presidency, "so be it."

Beck was previously a host on Fox News, yet he left the Republican party last year because it wasn't conservative enough.

Some supporters were alarmed by what they thought was an endorsement for Clinton.

But on Tuesday, Beck tried to dispel those rumors. He said Clinton isn't a moral choice either and, instead of choosing "the lesser of two evils," he won't be voting for either candidate.

He wrote, "Neither candidate is even close to what I expect and, as a citizen, demand from our leadership."

Instead, Beck said if the election were today, he'd vote for Constitution party candidate Darrell Castle –– though he didn't officially endorse him, either.