Glass-Steagall: The Debate Term You Should Probably Know 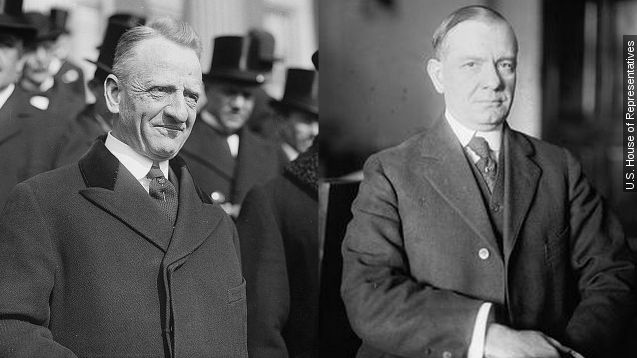 During the Democratic debate, these two names came up a lot.

Glass and Steagall are the authors of the Glass-Steagall Act, a law passed in 1933 that prohibited financial institutions from conducting regular commercial banking alongside riskier investments.

In 1999, President Bill Clinton repealed it — which some critics say contributed to the 2008 financial collapse.

Both Sanders and O’Malley have vowed to reinstate Glass-Steagall. Clinton’s Wall Street proposals stop short of that.

This video includes images from Getty Images, the U.S. House of Representatives and the Federal Reserve.