A Greenland Glacier Is Gaining Ice, But Scientists Aren't Optimistic 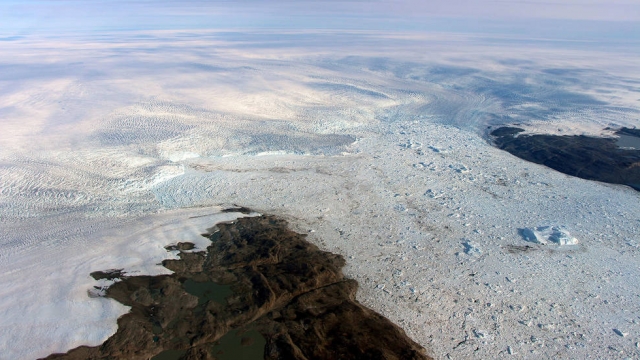 SMS
A Greenland Glacier Is Gaining Ice, But Scientists Aren't Optimistic
By LeeAnne Lowry
By LeeAnne Lowry
March 28, 2019
A critical glacier's melting trend has reversed, but it is probably temporary.
SHOW TRANSCRIPT

Greenland's fastest-melting glacier is unexpectedly now gaining ice, but NASA says we shouldn't get too optimistic.

Jakobshavn is one of the most studied glaciers on Earth. For about 20 years it had been melting rapidly, but in 2014 the trend reversed when cooler water flowed into the bay. Since 2016, the glacier's lowest levels have been thickening.

But, NASA scientists say this isn't a reverse in global warming. It's just one glacier, and overall the island's ice loss has been accelerating. It's currently losing about 270 gigatons a year. To put that in perspective, one gigaton of water is equal to 400,000 Olympic-sized swimming pools.

What this change has told scientists is that glaciers are a lot more sensitive to fluctuating temperatures than previously understood. In the years leading up to the thickening, the difference in temperature of the surrounding water was only up to 2 degrees Celsius.

A scientist told CNN Greenland is the largest contributor to rising sea levels in the world. Jakobshavn glacier caused oceans to rise one millimeter between 2000 and 2010. If the entire thing melted, the global sea level would rise two feet.

Long term, the climate pattern is expected to get warmer and the glacier would then continue to melt.