Giving Antibiotics To Healthy Kids In Poor Countries Could Save Lives 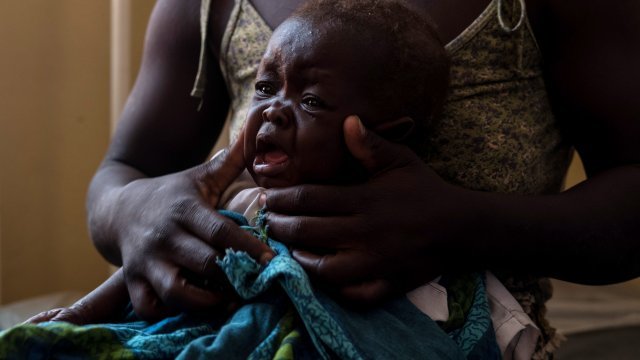 But giving antibiotics to otherwise healthy children could also put others at risk by potentially creating antibiotic-resistant diseases.

Researchers say just two doses a year of a common antibiotic could save the lives of thousands of newborns and infants in poor countries.

In a new study published Wednesday, nearly 200,000 children under the age of 5 in three African countries were given either a dose of azithromycin or a placebo pill once every six months.

After two years, researchers found the mortality rate among the children who took the antibiotic was about 14 percent lower overall.

The study's authors aren't exactly sure why the antibiotics had this effect. Azithromycin is used to stop the growth of bacteria that cause diseases like pneumonia and diarrhea, which are deadly to newborns.

But giving antibiotics to otherwise healthy children could put others at risk by potentially creating antibiotic-resistant diseases.

As one doctor told NPR, "We're taught not to give antibiotics when kids aren't sick, and here we're doing just that."

According to the World Health Organization, 15,000 children under the age of 5 die every day.