Giuliani Says Trump Doesn't Have To Comply With A Mueller Subpoena 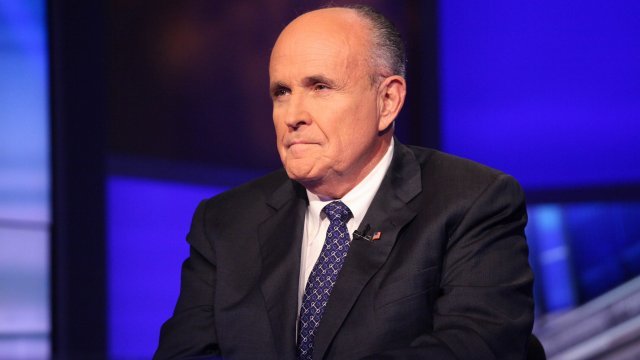 SMS
Giuliani Says Trump Doesn't Have To Comply With A Mueller Subpoena
By Gabrielle Ware
By Gabrielle Ware
May 6, 2018
Rudy Giuliani told ABC that President Trump could use executive privilege to get out of testifying.
SHOW TRANSCRIPT

Rudy Giuliani, the newest member of President Donald Trump's legal team, said that Trump doesn't have to comply if special counsel Robert Mueller issues a subpoena for Trump to testify in the Russia probe.

Giuliani told ABC on Sunday, "Well, we don't have to. He's the president of the United States."

He then referenced a case in which former President Bill Clinton resisted a subpoena, citing executive privilege. But as ABC points out, Clinton did end up testifying. Outlets reported at the time that a federal judge rejected Clinton's claim. 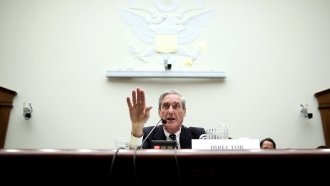 Trump Could Be Subpoenaed Thanks To Precedent Set By Past Presidents

"How can I ever be confident of that? ... every lawyer in America thinks he would be a fool to testify; I've got a client who wants to testify. He said it yesterday," Giuliani told ABC.

Trump said he was interested in testifying on multiple occasions, including in January when he said, "I'm looking forward to it."