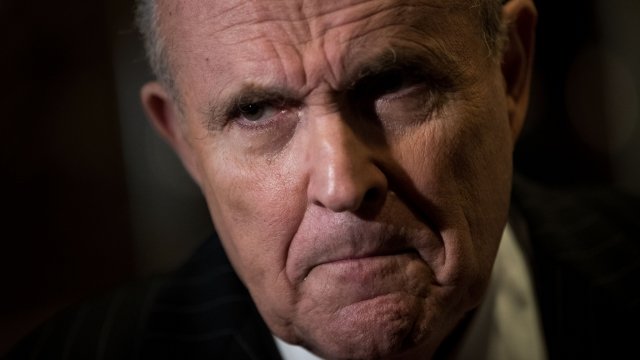 SMS
Giuliani Says Trump Repaid His Lawyer For Stormy Daniels Payment
By James Packard
By James Packard
May 2, 2018
Rudy Giuliani, one of the president's lawyers, also said President Trump knew of the transaction but didn't know the specifics.
SHOW TRANSCRIPT

"They funneled it through a law firm," Hannity said.

"Funneled through a law firm, and then the president repaid it," Giuliani said.

Giuliani said Trump didn't know the specifics of the transfer but knew it was happening. That calls into question the original story from Trump and his team, including Cohen's claim that he paid Daniels out of his own pocket.