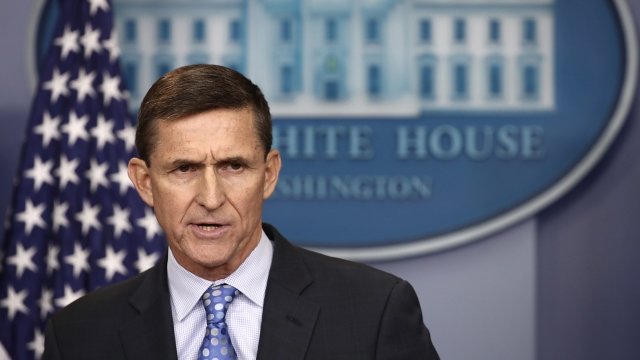 Some say President Donald Trump should be nervous in light of special counsel Robert Mueller's revelation that Michael Flynn gave "substantial assistance" to the Russia investigation.

But Trump's attorney Rudy Giuliani says he's not worried that the former national security adviser and Trump campaign aide shared anything that could implicate the president.

Giuliani told NBC Tuesday night if Flynn had information that would hurt Trump, "you would know it by now." He added, "Maybe this will convince all of America there was no collusion."

It's unclear exactly what information Flynn shared with Mueller's team. The court filing that was released on Tuesday is heavily redacted and offers limited details into the assistance Flynn gave.

But the filing does say Flynn "provided firsthand information about the content and context of interactions between the transition team and the Russian government."

Trump has repeatedly criticized Mueller's investigation as a "witch hunt" and insists there wasn't any collusion between his campaign and Russia. As of Wednesday morning, the president had yet to comment on Mueller's filing.