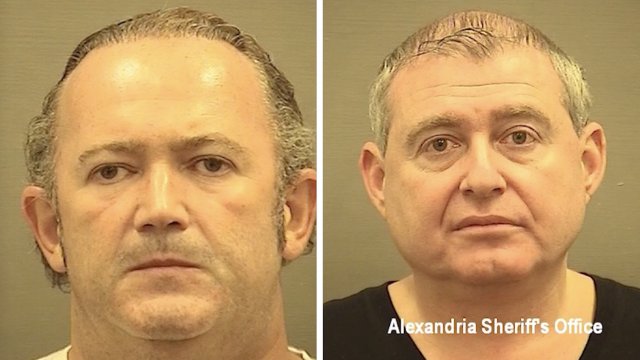 Two businessmen associated with Rudy Giuliani, President Trump's private lawyer, have pleaded not guilty to criminal campaign finance charges. And at their arraignment, one of them linked the case directly to the president.

Lev Parnas and Igor Fruman appeared in a Manhattan federal court on Wednesday. Parnas' lawyer implied some of evidence in the case could be protected by executive privilege since Giuliani was working as a lawyer for Parnas and President Trump at the same time. An assistant U.S. attorney said a so-called "filter team" has already been assigned to look through emails, social media accounts, electronic devices and bank info to determine which evidence should be safeguarded by attorney-client privilege.

Parnas and Fruman were arrested and indicted earlier this month.

Federal prosecutors say the two businessmen were involved in a conspiracy to funnel foreign money into U.S. elections. Both are naturalized American citizens born in the Soviet Union.

The duo had previously helped connect Giuliani with Ukrainian officials as he was looking in to Democratic presidential candidate Joe Biden. Giuliani has referred to the men as "clients." Giuliani has not been charged in the case, but federal prosecutors are reportedly investigating his connections with them.

Parnas and Fruman surrendered their passports and have been released on $1 million bond pending a Dec. 2 trial.