Gitmo Releases: What Are The Odds They'll Return To Terror? 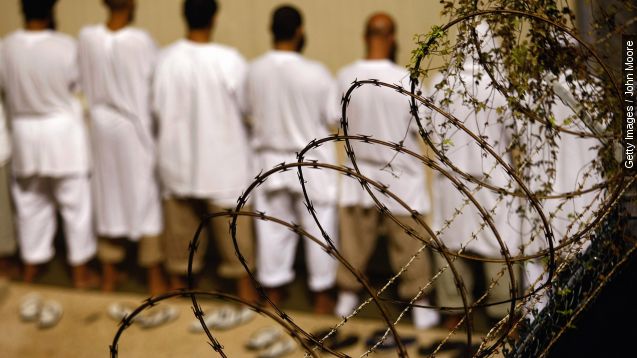 The U.S. Defense Department issued a statement Saturday saying, it was "grateful to the Government of Oman for its humanitarian gesture.”

Not everyone sees it that way. Critics of President Obama’s efforts to close the detention center often bring up the possibility of recidivism.

“We have great reservations about releasing detainees because of clear evidence they end up back in the battlefield,” House Speaker John Boehner said in January. (Video via Fox News)

Skeptical lawmakers, most often Republicans, point to cases like that of a Moroccan detainee who after his release from the prison was arrested in Spain on charges of recruiting ISIS fighters.

Back in January, CNN reported one of the five Taliban members traded for U.S. Army Sgt. Bowe Bergdahl has tried to return to militant activity.

The Obama administration puts out its own numbers on recidivism. A 2015 report from Director of National Intelligence found of the 115 inmates released since 2009, five former Gitmo detainees “engaged in terrorist or insurgent activities.”

Which isn’t exactly good news, but the Obama administration is spinning it this way: there are fewer repeat offenders than before.

Of the 532 detainees who were released from Gitmo prior to 2009, 20.7 percent returned to violence — compared to 5.2 percent in this latest grouping.

As for Saturday’s Gitmo transfers, they’re among the 57 detainees approved for release.

The Pentagon hopes to move them out of the prison this year before Congress passes any legislation restricting transfers.

“Our legislation would put a moratorium on the transfer of these medium and high risk detainees,” Sen. Kelly Ayotte said.