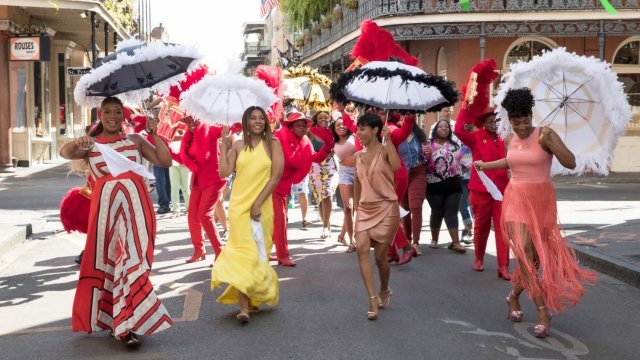 By Jamal Andress
July 23, 2017
"Rough Night," "Baywatch" and "Snatched" all tanked in their domestic openings, but "Girls Trip" has already made its money back.
SHOW TRANSCRIPT

Taking the No. 1 spot this week is Christopher Nolan's critically acclaimed "Dunkirk," bringing in an estimated $50.5 million in its first week out. That's a much better opening than anyone expected.

It's actually the third-best opening for a World War II movie ever, right behind “Captain America: The First Avenger” and 2001's "Pearl Harbor."

With such an extensive list of World War II films, it can sometimes be hard to get people excited for yet another movie about fighting Nazis. But luckily for "Dunkirk," Christopher Nolan was in the director's chair. And he's about as big a star as you're going to find behind the camera lens.

More importantly though, he delivers. "Dunkirk" carried a 92 percent approval rating on Rotten Tomatoes during its opening weekend and has managed to get some oscar buzz in the process.

Also beating expectations this weekend is "Girls Trip," bringing in an impressive $30 million in its first week out.

As far as adult comedies go, this is the first successful debut of the summer. "Baywatch," "Snatched" and "The House" all tanked in their domestic openings.

"Rough Night" barely broke even at the box office, and it's practically the same movie. The big difference? "Rough Night" holds a 48 percent approval rating on Rotten Tomatoes, and "Girls Trip" holds an 89.

Aside from the all-star cast, this film also has a staple of black cinema behind the camera. Director Malcolm D. Lee is responsible for some of the most popular black films to date, chief among them "The Best Man," one of my favorite movies of all time.

On to No. 3: Dropping one slot this weekend and barely holding off "War for the Planet of the Apes" is "Spider-Man: Homecoming," bringing in an estimated $22 million in its third week out.

As for next week: Her name is Theron. Charlize Theron.