The Nasty Gal Company May Be Filing For Bankruptcy 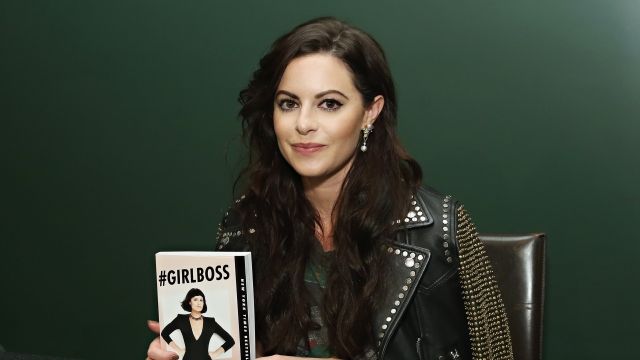 SMS
The Nasty Gal Company May Be Filing For Bankruptcy
By Katherine Biek
By Katherine Biek
November 10, 2016
It was founded in 2006 as a shop on eBay and grew into a business worth $100 million.
SHOW TRANSCRIPT

The clothing company Nasty Gal is reportedly preparing to file for bankruptcy.

You might not have heard of the company, but you've probably heard a thing or two about its founder and executive chairwoman Sophia Amoruso.

She's the author of the bestselling book "#GIRLBOSS."

In it, she details how "she went from dumpster diving" to founding a large retail company at the age of 22.

SEE MORE: This Drug-Themed Fashion Collection Was Kind Of A Flop

Amoruso initially started Nasty Gal as a shop on eBay in 2006. It quickly grew into a successful business that Bloomberg estimated to be worth $100 million.

But things started to decline for the company last year.

Amoruso stepped down as Nasty Gal's CEO and was replaced by Sheree Waterson, who used to work for Lululemon.

At the time, Amoruso said she wanted someone with "more experience in day-to-day operations" to take over leading the retail company.

Then at least two rounds of employee layoffs were reported in 2016.

One round reported in February resulted in 19 Nasty Gal employees getting fired in an effort to "strategically reorganize" the company. In October, Jezebel reported 15 to 20 more people had been laid off, including Nasty Gal's entire design team.

And in September, Women's Wear Daily reported Nasty Gal was looking for a buyer.

In addition to filing for bankruptcy, Re/Code reports Amoruso is taking an even bigger step back from the company and resigning as executive chairwoman.

She's recently been focused on promoting her new book, "Nasty Galaxy," which was released in October. Amoruso is also going to serve as a consulting executive producer on a new Netflix series based on her "#GIRLBOSS" book.