Girl Talk: 'Live With Kelly' May Be Looking For Female Co-Host 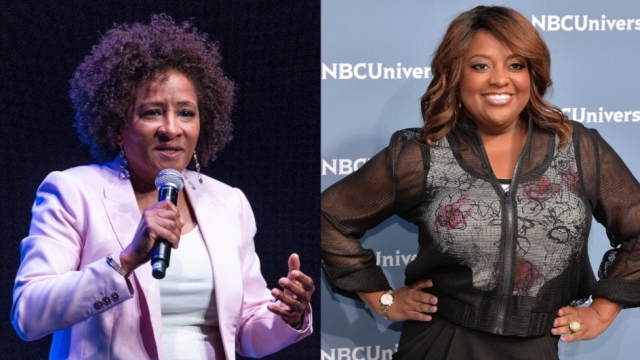 It's been less than three weeks since Michael Strahan left Kelly Ripa co-anchorless on "Live," and the rumors about his replacement are swirling.

According to the latest issue of Us Weekly, two possible co-hosts are women. The magazine says Sherri Shepherd and Wanda Sykes are on the list of possible co-anchors.

"How 'bout you Sherri?" a TMZ reporter asks.

In the video, Shepherd went on to say Ripa's name should always be first in the show's title, saying she had earned that right.

Shepherd was a co-host on ABC's "The View" from 2007 to 2014 and was part of the show when the hosts won the Daytime Emmy for outstanding talk show host.

Comedian Wanda Sykes has been in feature films such as "Monster-in-Law" and "Evan Almighty," and she's been on a variety of TV shows in the past two years. Us Weekly says Sykes has been a guest on "Live" but hasn't commented about joining the show as a co-host.

Before the idea of a woman joining Kelly on the show was raised, fans were voicing their opinions on male replacements. The most popular fan suggestion — Neil Patrick Harris.

Us Weekly's source that leaked the possible female replacements also said there are some males in the mix, including Taye Diggs and Rob Lowe.

This video includes images from Getty Images and clips from "Live with Kelly" and "The View." Music provided courtesy of APM Music.