Girl Scout Cookie Prices Are Trending Toward $5 A Box 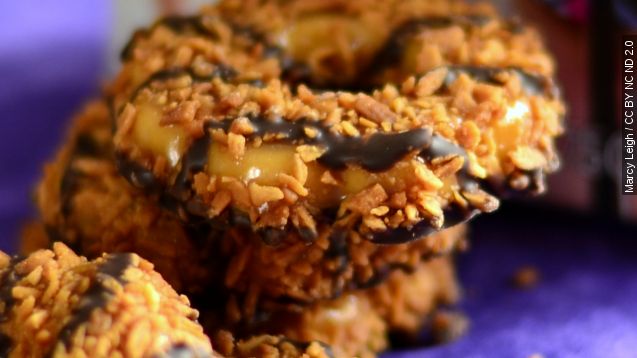 It's a troubling nationwide trend: an increase in the price of thin mints.

The Girl Scouts of Eastern Massachusetts are hiking the prices of a box of cookies to $5, a dollar increase for most. With the price jump, local chapters will receive an average of 90 cents per box instead of 62 cents a box with the old price.

She told CNBC, "We don't want to be making an announcement once every few years."

The increase also means the girls won't have to fumble for change when you hand them a five.

According to this CNBC poll, 36 percent of respondents say they'll still buy the cookies, opposed to 45 percent who said they won't. Another 11 percent apparently don't have strong feelings about Tagalongs.

Now, not all of the Girl Scouts of USA chapters are pushing up the price of Samoas, Do-Si-Dos, Savannah Smiles to $5, but the group in eastern Massachusetts certainly isn't the first to do it.

Girl Scout troops in the greater Los Angeles area, San Diego and Hawaii bumped their prices to $5 a box, too.

The Girl Scouts of Greater Los Angeles said the increase was because "inflation has increased the cost of doing business for troops, service units, and the overall council."

In the end, a 25 percent increase probably won't deter most customers from satisfying that sweet tooth.