Ruth Bader Ginsburg Undergoing Chemotherapy For A Recurrence Of Cancer 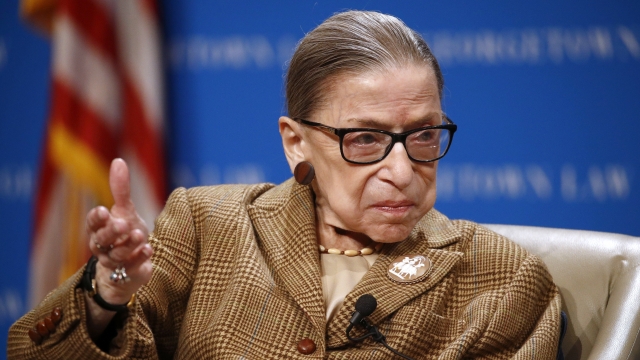 Despite this, though, the 87-year-old said she is still able to fulfill her job duties on the bench. In a statement issued by the court, Ginsburg said: "I have often said I would remain a member of the Court as long as I can do the job full steam. I remain fully able to do that."

Ginsburg has been through multiple bouts of cancer and other health complications over the years. She was taken to the hospital earlier this week because of an infection. She has since been released. She said the infection was not linked to her cancer.

The recurrence of liver cancer was discovered in a scan in February. Ginsburg said she's been undergoing chemotherapy since May. She said her most recent scan "indicated significant reduction of the liver lesions and no new disease."