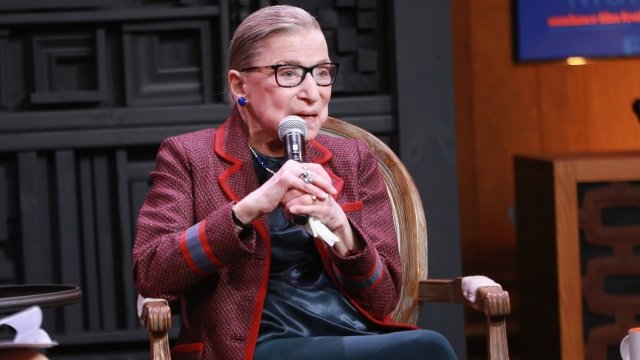 CNN quoted her as saying Sunday that she wants to stay on for at least five more years. She'd be 90 years old at that point.

Her comments fall in line with ones she made earlier this year. She said in January, "As long as I can do the job full steam, I will be here."

President Bill Clinton nominated Ginsburg in 1993. She was the second female justice to be appointed to the Supreme Court.