Florida's Governor Race Pits A Progressive Against A Trump Fan 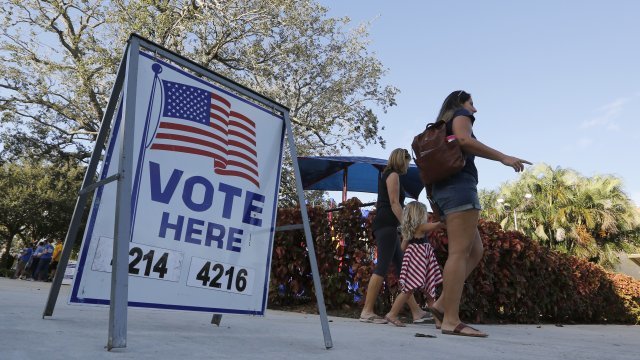 SMS
Florida's Governor Race Pits A Progressive Against A Trump Fan
By Matt Picht
By Matt Picht
August 29, 2018
Tallahassee's mayor pulled off an upset in the Democratic primary, while Rep. Ron DeSantis rode an endorsement from President Trump to victory.
SHOW TRANSCRIPT

Florida voters will face a pretty stark choice when choosing their next governor this November: a Bernie Sanders-backed progressive mayor or a conservative congressman all in on Donald Trump.

Tallahassee mayor Andrew Gillum won an upset victory against a crowded field of Democratic challengers to earn a shot at becoming the state's first black governor. He distinguished himself from his competition by championing policies popular with the Democrats' left wing.

Gillum said on CNN, "We talked about paying teachers, health care for all, ensuring that people who work one job can earn enough on that one job to take care of themselves without having to work two in three jobs."

Gillum's opponent, Rep. Ron DeSantis, also started his campaign as an underdog: but his affinity for President Trump earned him a key endorsement that boosted his campaign over a more establishment-favored candidate. 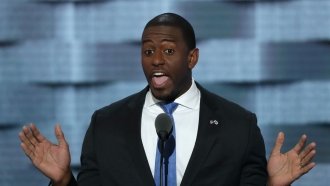 Both parties will likely keep a close eye on the race: DeSantis's status as a Trump surrogate could provide a good indicator of how far the president's appeal will stretch in crucial purple states like Florida, which Trump won by just over one percent in 2016.

Gillum's campaign, meanwhile, could act as a bellwether for Democrats flirting with a more progressive agenda. His performance in November could indicate how far to the left Democrats can swing without alienating too many moderate voters.

The general election is already shaping up to be pretty bruising: Trump hit Gillum on Twitter as a "failed socialist." And Democrats are accusing DeSantis of making racially charged overtures, after he told Florida voters not to "monkey this up" by electing Gillum — DeSantis has rejected the accusations.