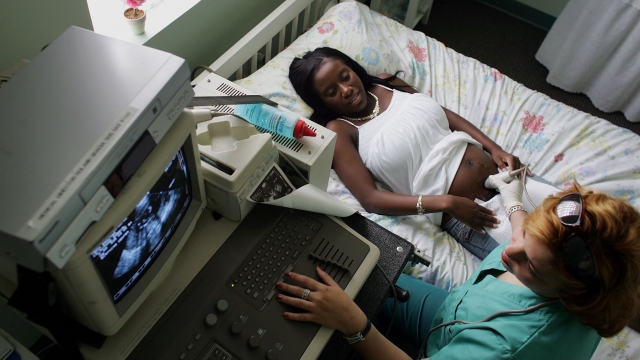 Health care and women's issues are setting up to be key issues in the 2020 presidential race. And Sen. Kirsten Gillibrand, one of the Democrats considering a run, recently highlighted the racial disparity in maternal death rates.

Gillibrand tweeted, "A black woman in New York City is 12 times more likely to die in childbirth than a white woman."

That sounds pretty shocking. But first, let's clarify which deaths fall into this category.

Gillibrand's tweet specifies "in childbirth," and people likely take that to mean while a woman is actively in labor. But her office told our partners at Politifact she uses the phrases "pregnancy" and "childbirth" interchangeably to discuss this issue. The exact parameters can vary, but most statistics on maternal mortality we found cast a pretty wide net. A report from the New York City Department of Health counted maternal deaths that happened during or within a year of the end of a pregnancy, and that were caused or aggravated by pregnancy.

So what about the numbers? That New York City Health Department report confirms Gillibrand's claim. It found that from 2006-2010, black women were 12 times more likely than white women to die from pregnancy-related causes.

Gillibrand's comment focused on NYC, but this isn't a disparity unique to that city.

So while Gillibrand's comment could have benefited from a clearer definition of who she was talking about, the heart of her point was correct. The risk of death for a pregnant black woman is significantly higher than a white pregnant woman.