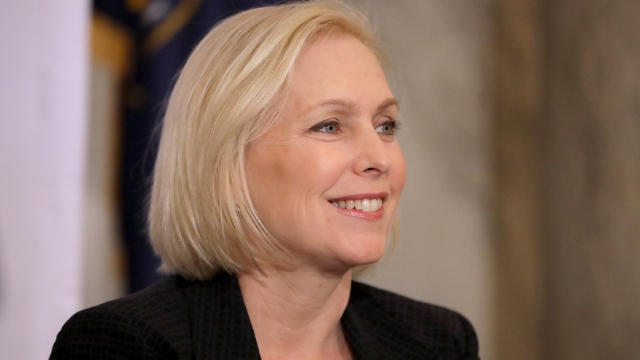 The announcement came in the form of a video titled "Brave Wins."

The video goes on to list Gillibrand's specific achievements, then invites supporters to meet her at the Trump Hotel in New York next Sunday.

The announcement comes after launching an exploratory committee in January. Since then, the New York-based U.S. senator has been touring the country. She often brings up her experience as a mother as her point of view when it comes to policy.

In her original exploratory committee announcement, Sen. Gillibrand said she's running because, "As a young mom I am going to fight for other people’s kids as hard as I would fight for my own." She added that she believes "health care should be a right and not a privilege," and also advocated for better public schools.

Her first stop on her official campaign tour will be Michigan, a state that was blue until the 2016 election. As of now, Gillibrand hasn't met the Democratic National Committee's required 1 percent marker in the polls in order to qualify for the 2020 debate.