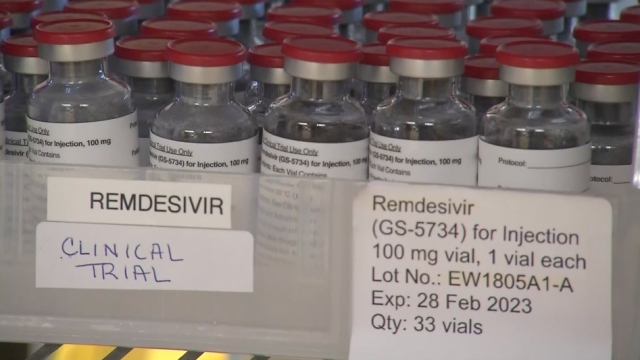 Gilead said patients who received remdesivir for five days were 65% more likely to have improved symptoms on the 11th day compared to those who had standard care alone.

However, patients who were given remdesivir for 10 days improved about the same amount as patients treated with standard care alone.

No one who was treated with remdesivir for five days died. Two patients on the 10-day course and four patients who only received standard care died.

The FDA has authorized the emergency use of remdesivir for hospitalized COVID-19 patients. Gilead said it will publish the full results from its study in a medical journal soon.

Additional reporting by Marilynn Marchione of The Associated Press.