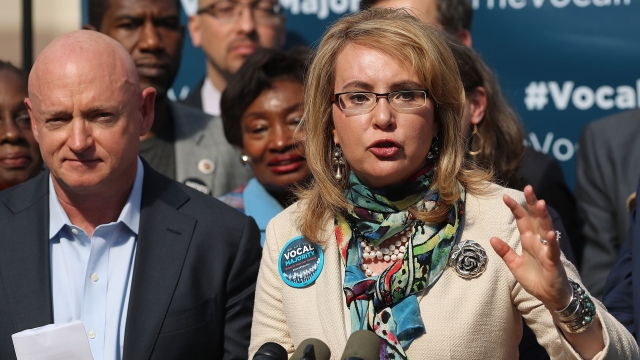 A number of Republican lawmakers have been met with vocal and sometimes angry constituents at town halls recently.

But Texas Rep. Louie Gohmert won't be facing any angry constituents in person. He's opted for teleconferences instead.

In a a statement Tuesday, Gohmert said "groups from the more violent strains of the leftist ideology" could pose a threat to public safety if he held an in-person town hall.

He then cited the 2011 shooting in Tucson, Arizona, that killed six people and severely injured then-Rep. Gabrielle Giffords.

Gohmert said the House sergeant at arms told lawmakers after that incident that constituents attending public events "stand the most chance of being harmed or killed."

Giffords wasn't thrilled with Gohmert's comments. In a statement and series of tweets Thursday, the former Arizona congresswoman told her former colleagues, "Have some courage. Face your constituents. Hold town halls."

She called those meetings the "core tenet" of her job as a congresswoman. Giffords said, "I was shot on a Saturday morning. By Monday morning my offices were open to the public." 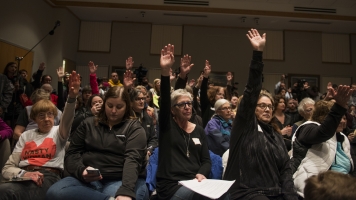 Town Halls In The US Have Gotten More Crowded Lately

Giffords also pointed to her former district director-turned-congressman, Ron Barber. Barber was also wounded in the 2011 shooting and held town halls while he served in Congress.

"It's what the people deserve in a representative," Giffords said.

Giffords travels around the country for the gun violence prevention organization she co-founded. She said she "held over 50 public events" in the past year.

Before ending her statement, Giffords seemed to imply some members of Congress are being hypocritical.

She said, "Many of the members of Congress who are refusing to hold town halls and listen to their constituents' concerns are the very same politicians that have opposed commonsense gun violence prevention policies."