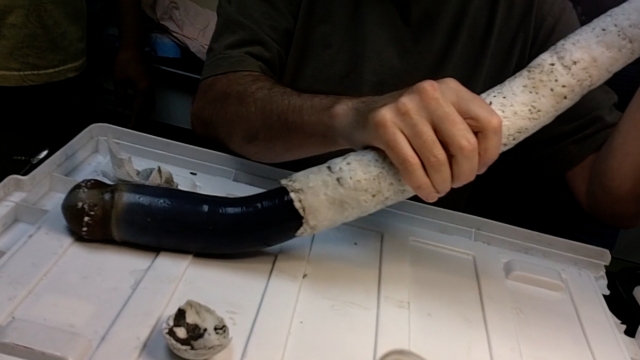 SMS
This 5-Foot 'Worm' Lives In A Shell And Runs On Sulphur
By Evan Thomas
By Evan Thomas
April 17, 2017
The weirdest thing about this animal might not be its size or its shell — but that it doesn't technically "eat" anything.
SHOW TRANSCRIPT

Researchers just got their first chance to study a bizarre worm that lives in mangrove swamps. It's a species of shipworm that grows up to 5 feet long.

A giant shipworm is a bivalve, like a clam or an oyster, and it has its own shell. The shell was usually the only part of the animal ever recovered, because researchers didn't know where it lived until now: It burrows into the mud in shallow lagoons full of rotting wood.

For most shipworms, rotting wood is lunch. But the giant shipworm doesn't even have to eat it. It doesn't have to eat anything. Instead, it gets energy from symbiotic bacteria that live in its gills. 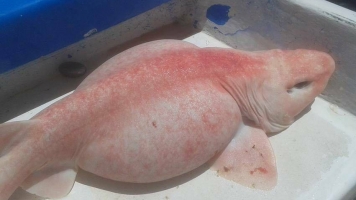 The bacteria use hydrogen sulfide from the rich mud in the swamps as fuel, and they release organic carbon as waste. It's more than enough to keep the shipworm alive — it works so well that its own digestive tract has atrophied from disuse.

We don't see animals switch away from actual food all that often. It seems to happen most in extreme environments and with hosts that don't have to move much. The tubeworms that live near hydrothermal vents rely on bacteria for their food, too.