A 10-Year-Old National Spelling Competition In An Unlikely Place 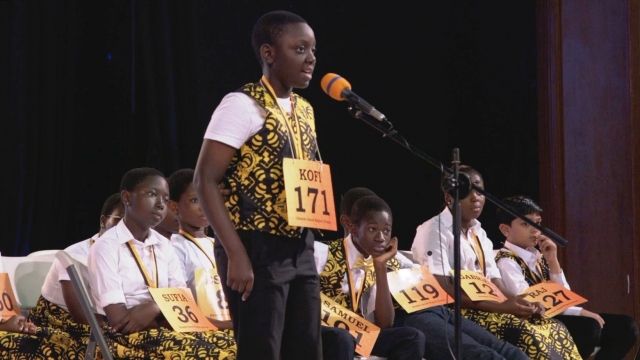 SMS
A 10-Year-Old National Spelling Competition In An Unlikely Place
By Jamal Andress
By Jamal Andress
February 28, 2017
In a country with dozens of dialects and languages, this organization has held an English-language spelling bee for the last 10 years.
SHOW TRANSCRIPT

In a country with numerous languages and dialects and a literacy rate below the world average, nearly 200 kids gathered in this auditorium hoping to spell "baculiform." And Ghanaian kids have been doing so for 10 years now.

For the past decade, Eugenia Tachie-Menson has organized Ghana's English-language spelling bee and literacy program.

"In the first year of the spelling bee, we had six schools participating and 30 students. So this was the year before 'Akeela and the Bee' had been launched," spelling bee director Eugenia Tachie-Menson said.

Ghana's spelling bee pulls kids from all corners of the West African country — each competing at a school and regional competition before making it here. Its growth? Exponential.

The winner in Ghana earns a chance to compete in the Scripps National Spelling Bee in Washington, D.C. Last year's winner made it all the way to the final 45 spellers in the Scripps competition.

"It felt like the whole world was on my shoulders at that time," 2016 Ghana spelling bee winner and Scripps National Spelling Bee finalist Afua Ansah said.

"I'd be walking in town, people would be waving, saying, 'Hey Afua, well done, congrats, you made us proud.' And after recovering from the shock that they'd be able to recognize me, I would just wave back and say, 'Thank you,'" Ansah said. 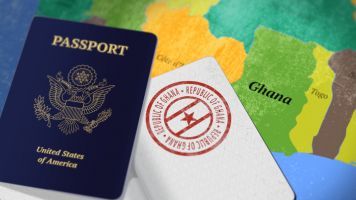 In a country making considerable strides in literacy and education, the organization behind the competition has worked with more than 10,000 kids since 2008.

"It's not just about reciting those words; that would be boring. ... I think it's really the training process that gets them into it more," Ghana spelling bee programs coordinator Hawa Fatty said.

"If we said to children, 'We're running an English program,' they probably wouldn't be interested. But since we're running a spelling bee, that they want to do. … Learning is actually not limited to the classroom," director Tachie-Menson said.

And the benefits of the bee are not limited to spelling words.

"I learned that it's wrong to give up. … There's an Akan adage that says, 'If you're going before a God, you go three times.' So that means that you don't get things easy the first time — you have to keep on going and going until you finally achieve your goal," Afua said.

"I met a child today who said, 'I was in the bee last year and I couldn't walk up and talk to you, but this year I've been able to do that because I've built my confidence through the public speaking that the program allows.' The fact that we're able to impact on a generation's life through something as basic as reading — or let's say literacy — means a lot,"  Tachie-Menson said.

Lily Tugbah took home the 2017 Ghana spelling bee trophy and will soon fly to D.C. to compete in the Scripps National Spelling Bee — an opportunity three spelling bees in the making.

"I feel so ... it's a really great honor … I plan on doing everything possible to make Ghana proud," Tugbah said.

Newsy is a subsidiary of the E.W. Scripps Co., which runs the Scripps National Spelling Bee on a not-for-profit basis.