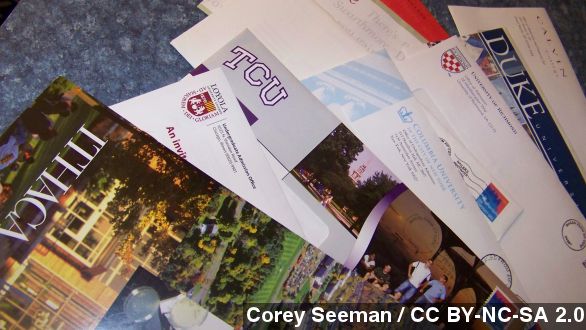 There's nothing else quite like it. Soon, teenagers across the nation will be making their college choices.

But it's teens looking to play college football who will get most the attention Wednesday. It's National Signing Day where thousands of college football recruits will announce their commitments. (Video via WKRC)

The likes of CBS, ESPN, Scout, Rivals, 247Sports, MaxPreps and many more will be reporting announcements and providing live updates as recruits pick their schools. (Video via ESPN)

And while recruit rankings can fluctuate greatly between sites, the consensus appears to be that Alabama is No. 1 when it comes to quality recruits going into National Signing Day.

Just because a recruit says he's going to a school, doesn’t necessarily mean he is. Recruits can change their minds, decommit or have offers revoked before signing. (Via Cleveland.com | Detroit Free Press | MyCentralJersey.com)

Wednesday is the first day recruits can sign National Letters of Intent, meaning they'll sign a binding, student-athlete agreement with their chosen school to play for one year in exchange for financial aid.

Picking a college is stressful on any high schooler.

"I think I've got my decision down," LSU recruit Donte Jackson said.

But it may be the coaches on this fateful day that have the most maddening moments. (Video via The Times-Picayune)

A Rivals.com analyst says, "Coaches start taking Red Bulls intravenously, they start wearing slip-on shoes so they can get through the airport faster, they run around with their hair on fire."

The Clarion-Ledger spoke with Mississippi State's coordinator of football recruiting, Lee Davis, who said: "I tweeted out a picture of it a few years ago because it was so funny. I had all 10 (coaches') cellphones in front of me in case a prospect called."

Whatever the case, you can expect another wild day filled with plenty of the unexpected. (Video via ESPN)

This video includes music from Josh Woodward / CC BY 4.0.