The Next Step In Crime Fighting: Robot Security Guards 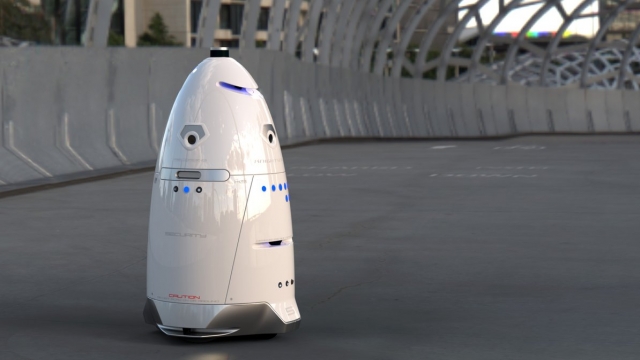 Some look like trash cans on wheels, but they could be the next innovation in private security.

Robots might be the next trend for private security.

But just keep in mind we aren't exactly talking about the Terminator here.

Most are essentially designed to patrol a certain area. They've got cameras, motion detectors, temperature readers and microphones.

They don't actually interact with anyone or chase down criminals. For example, the Knightscope K5 only has a top speed of 3 mph.

"The robot actually is a commanding presence. So for example, if you put a police car on the side of the road or in front of a building, it immediately changes criminal behavior," said Stacy Stephens, Knightscope's vice president of marketing and sales.

Instead, the robots can notify human guards if they detect something suspicious.

For instance, the K5 can listen for breaking glass or use its cameras to tell if someone is breaking into a car. It also records anything so police can use it later.

But most of these security bots don't have weapons.

There is a bot in China equipped with some kind of "electrically charged riot control tool," but a human has to activate it.

China's is intended to be used in riots or large crowds, but most bots are intended for places like parking garages, shopping malls or large industrial areas.