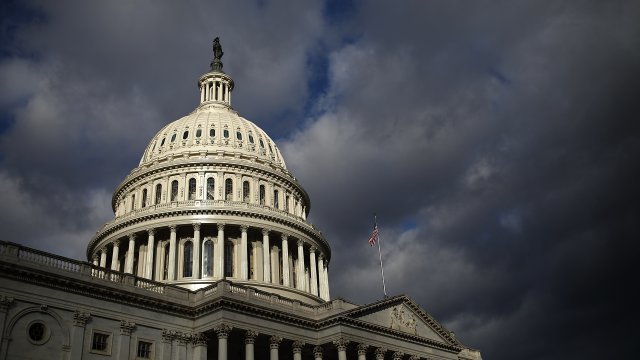 2018 is going to be a pretty important year for politics.

Democrats are going to try to take back the House… and Republicans are playing defense.

But the need to win for both parties goes beyond defending ObamaCare or building a wall.

The parties need to win in their home states. We're talking governorships and state legislature seats.

Whoever wins those races will likely have a big advantage to keeping their seat-- and their party in control-- for the next decade.

That's because of a little thing called the census.

It happens every ten years and it determines a lot more than just who lives where.

That data is taken and used to draw congressional districts.

And because of technology-- these maps are extremely precise-- down to single streets and alleyways.

So who is Jerry and why does *he decide how districts are drawn?

Well first of all-- it's pronounced Gary.

Elbridge Gerry to be exact. He was our fifth vice president and  one time governor of Massachusetts.

The story is told that he signed the first bill allowing a district to be drawn precisely designed to make the federalists lose. Someone said it was in the shape of a salamander-- and someone else said no! More like a gerrymander.

Okay- so now that we know who gary is- how does this all work?

The party in power gets to draw districts every 10 years.

They group people of the opposing party in to the same few districts.

And for themselves-- they spread their voters out into multiple, much smaller districts.

Because every district gets a representative-- the party in power winds up with their people in control.

So even if one party gets more votes-- the other party could get more representatives-- just because of the way the votes are grouped.

So let's do a little math lesson.

If you have a population that votes 70% blue and 30% red with 10 seats-- you'd assume that 7 seats would go blue and 3 would go red. Right? Not in gerrymandering.

Those voting blocks can be twisted and turned into some pretty convoluted shapes to make it-- 8 out of ten blue. Or somehow 2 out of ten blue. It's just about how you slice and dice. THAT*s why these elections matter. The power of the pen can hold some extreme consequences for at least 10 years.

And the effects are real.

NBC News reported in 2012- democrats got 1.1 million more votes but the *GOP sent 33 more members to the House.

And just last year-- republicans in north carolina picked up only 53% of the votes but 77% of the seats.

But it's not just republicans-- democrats are facing legal challenges with cases in Maryland and Illinois. 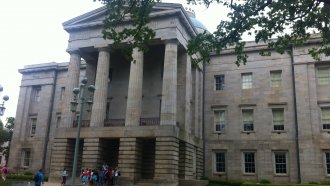 North Carolina Must Redraw Its Congressional Map After Gerrymandering