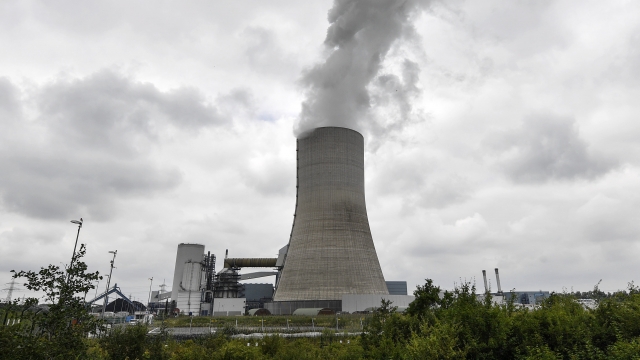 SMS
Germany To Phase Out Coal As Energy Source
By Ahmed Jawadi
By Ahmed Jawadi
July 3, 2020
​Both houses of Germany's parliament approved a bill to officially end coal burning in the country by 2038.
SHOW TRANSCRIPT

German lawmakers have approved legislation to phase out the use of coal as an energy source in the country.

Both houses of parliament approved legislation on Friday to officially end coal burning by 2038. The package also designates roughly $45 billion to help support affected power plant operators and employees, as well as coal-producing regions, in their transition to renewable energy.

Germany's economy minister called Friday's vote "a historic milestone," while the country's environment minister said the move means "Germany is now the first industrialized country in the world to leave both nuclear energy and coal behind."

But not everyone was happy with the new law. Environmental activists protested against the plan on Friday, saying it's not aggressive enough in curbing CO2 emissions and ultimately falls short of meeting the targets set out in the Paris climate agreement.