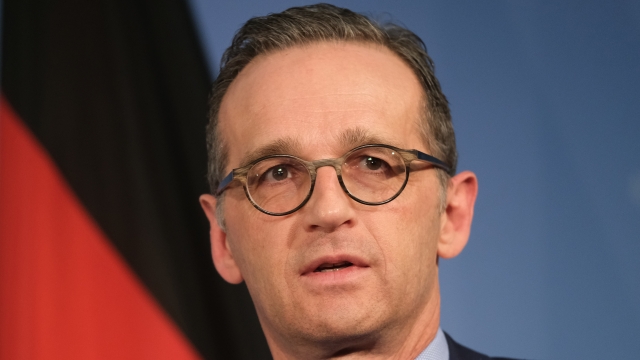 ​A new trade mechanism known as INSTEX will allow for some trade between Iran and Germany, France and the U.K. amid U.S. sanctions.

Germany has announced that a payment system designed to get around U.S. sanctions on Iran will soon be ready.

On Monday, German Foreign Minister Heiko Maas said the new trade mechanism, known as the Instrument in Support of Trade Exchanges, or INSTEX, is almost finished. INSTEX was first announced back in January as a way to allow for some trade between Iran and Germany, France and the U.K. amid U.S. sanctions.

Last year, President Donald Trump announced he was pulling the U.S. out of the Joint Comprehensive Plan of Action — a deal that put restrictions on Iran's nuclear program in return for relief from economic sanctions. Since then, the U.S. has reimposed the sanctions that were lifted under the deal and imposed new ones. As such, Iran has threatened to stop complying with parts of the 2015 nuclear deal unless the remaining parties — France, Britain, Germany, Russia and China — helped reduce pressure put on it by said sanctions.

Maas met with Iranian President Hassan Rouhani on Monday in an effort to salvage the deal. Maas said Germany disagrees with the U.S.' decision to withdraw from the deal and reassured the Iranian leader that "the [EU] is united in its efforts to maintain and develop economic cooperation with Iran."

Rouhani reportedly told Maas that Iran "expect[s] Europe to stand up to the United States' economic terrorism against the Iranian nation, living up to its commitments under the deal."