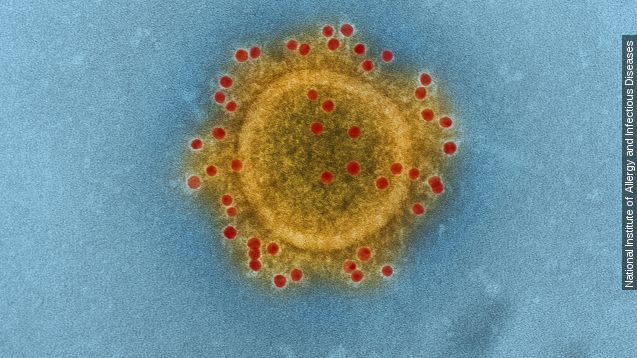 SMS
Germany Sees First MERS-Related Death In 2 Years
By Jake Godin
By Jake Godin
June 16, 2015
Germany has documented its first MERS-related death after a 65-year-old man succumbed to a lung disease. He'd contracted the virus in the UAE.
SHOW TRANSCRIPT

Germany has had its second ever documented death linked to the MERS virus, and the first in two years.

A 65-year-old man died Tuesday in Lower Saxony from what German media is reporting were complications stemming from Middle East Respiratory Syndrome, or MERS.

According to the Lower Saxony Ministry of Social Affairs, Health and Equality, the man had actually overcome the MERS virus after contracting it in the United Arab Emirates.

But a lung disease thought to have been caused by the original MERS infection eventually killed the man on June 6. His name has not been released.

There’s currently an ongoing MERS outbreak in South Korea, which has infected more than 150 people, according to the World Health Organization.

That outbreak began when a 68-year-old Korean man contracted the virus before returning from a recent trip to the Middle East and visiting multiple health care facilities. (Video via KBS)

The World Health Organization says 19 people have died from MERS-related symptoms in South Korea so far, but the number of new cases per day has been in decline, which may indicate the outbreak is slowing down. (Video via YTN)

MERS was first identified in 2012 in Saudi Arabia and is known to be transmitted from camels to humans. Around 36 percent of all cases have been fatal. (Video via World Health Organization)

Germany has only had two prior cases of MERS — one in 2012 and one in 2013. One patient died from the virus while the other fully recovered. A virologist told Deutsche Welle MERS posed "no immediate danger to Europe" since it's difficult to spread the virus from person to person outside a hospital setting.

This video includes an image from the National Institute for Allergy and Infectious Diseases.