Germany Says It Wants To Bump Up Its Defense Spending — Eventually 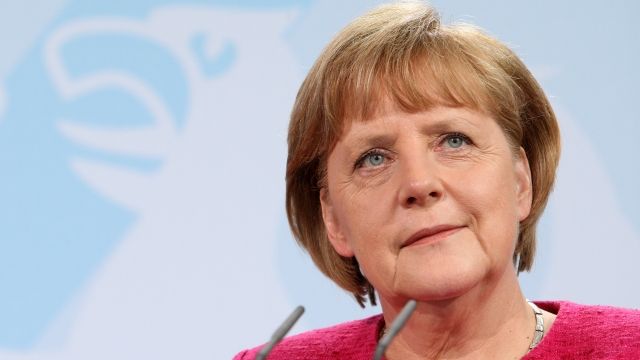 Germany wants to keep its promise to shell out more money for defense.

The country is part of the NATO alliance. It's pledged twice — once in 2006 and once in 2014 — to put 2 percent of its gross domestic product toward defense spending.

But Germany hasn't met that goal. Now, Chancellor Angela Merkel says the country is ready to do more to get there.

He told ally leaders if they don't meet defense spending expectations, the U.S. might "moderate" its relationship with the organization.

"We strongly support NATO. We only ask that the NATO members make their full and proper financial contributions to the NATO alliance," Trump said.

Out of the 28 member nations, only the U.S., U.K., Estonia, Poland and Greece meet the defense spending target.

Historically, Germany has hesitated to up its spending; the country forks up a little over 1 percent of its GDP. The U.S. spends more than 3 percent.

That hesitation is due, in part, to World War II. Some still don't want to focus too much on strengthening Germany's military.

Merkel said she's committed to upping the budget but that it'll just take some time.