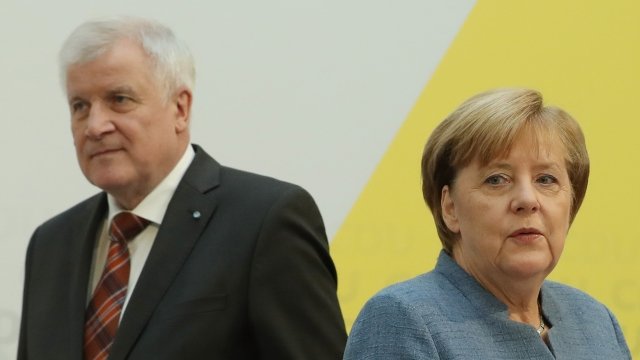 By Katie Cammarata
July 2, 2018
Horst Seehofer wants to turn away migrants who have already sought asylum in Germany or elsewhere in Europe.
SHOW TRANSCRIPT

Horst Seehofer reportedly said he wants Germany to turn away migrants who have already been denied asylum in Germany or have previously sought asylum elsewhere in Europe.

That deal didn't specify what measures EU states can take to stop secondary migration, though. And Germany's interior minister says it isn't enough.

If Seehofer resigns, it could mean the end of the decades-old alliance between Merkel's Christian Democratic Union of Germany party and Seehofer's CSU party.

Seehofer told reporters early Monday morning that he agreed to meet with Merkel's party again before making his final decision.