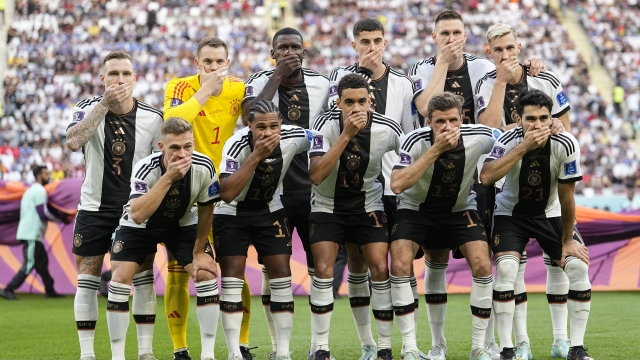 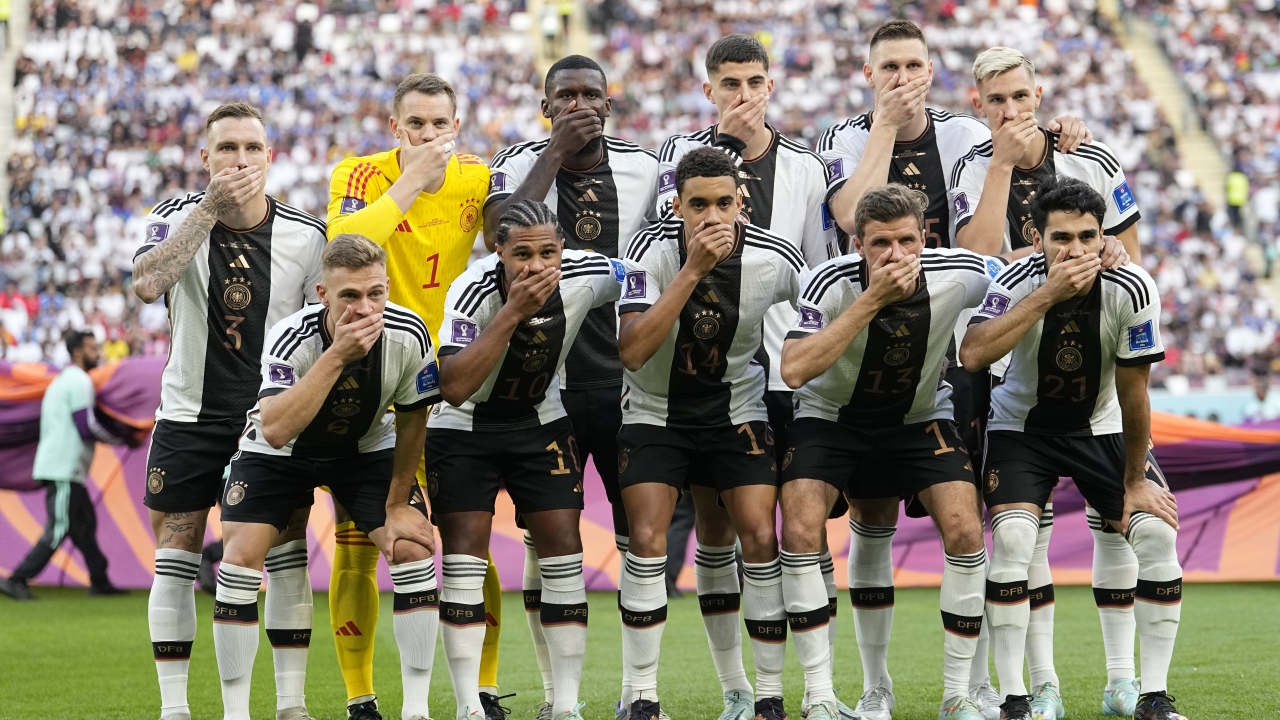 Germany's players covered their mouths for their team photo before their opening World Cup match in an apparent rebuke of FIFA's clampdown on plans to wear armbands to protest discrimination in host nation Qatar.

The team lined up in the traditional formation before Wednesday's game against Japan and each of the 11 players covered their mouth with their right hand.

It seemed to be a response to FIFA's warning to the seven European federations, including Germany's, that players would be penalized if they wore colorful "One Love" armbands as a symbol for inclusion and diversity. The seven team captains had planned to wear the armbands.

Qatar has been under scrutiny for its human rights record and laws criminalizing homosexuality.

Soccer's governing body issued the warning Monday just hours before the first teams were set to play with their captain wearing the armband. FIFA said the players would immediately be shown a yellow card.

Neuendorf has called the warning "another low blow" from FIFA. The governing body hasn't commented on Wednesday's gesture by the Germans.

German Interior Minister Nancy Faeser, who is also responsible for sports, wore a "One Love" armband in the stands at the Germany-Japan game. Faeser tweeted a photo of herself wearing it with the hashtag #OneLove.

News agency DPA reported Faeser had the armband on under a pink blazer that she took off during the first half.

Faeser was sitting beside FIFA President Gianni Infantino at the game.

Earlier, Faeser criticized Qatar for forcing a German fan to remove a rainbow-colored armband and headband at another game.

"This is not in line with my understanding of the security guarantees that I was given by the (Qatari) interior minister," Faeser said. "Security must apply to all people. I'm very disappointed about this."

The rainbow flag is a widely used as a symbol of tolerance with regard to sexual diversity.

Faeser said in her opinion "such symbols should be openly shown." 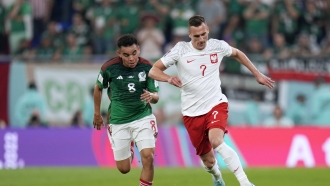