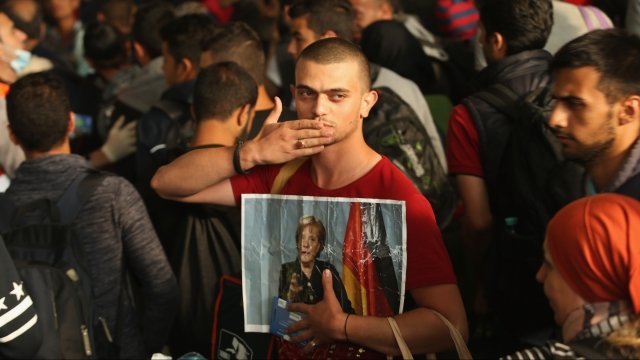 By Jake Jones
August 17, 2018
But the agreement with Greece won't affect that many immigrants.
SHOW TRANSCRIPT

Greece has agreed to allow Germany to send back immigrants who originally applied for asylum there.

This is similar to an agreement Germany recently signed with Spain.

Under European Union law, migrants must apply for asylum in the first EU country they enter. Despite that, many made their way to Germany, stressing the nation's government and leading to political backlash against Chancellor Angela Merkel.

Merkel's governing coalition almost split over the issue. The agreements with Spain and Greece will likely ease those tensions.

As part of the deal, Germany's interior minister said the country agreed to deal with the glut of family reunification applications by the end of this year.

But the agreement with Greece won't affect that many immigrants. Reuters reports only about 150 migrants have entered Germany through its southern border with Austria since mid-June.