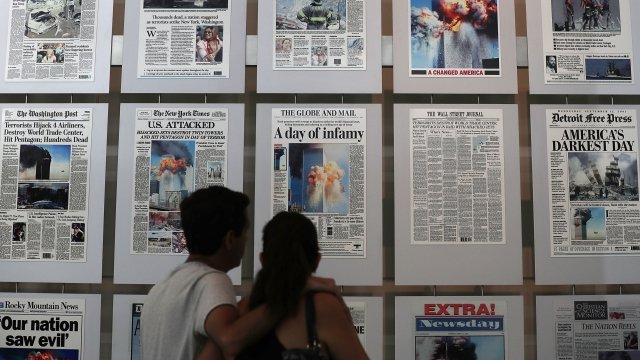 SMS
Germany Deports 9/11 Accomplice To His Home Country
By Ahmed Jawadi
By Ahmed Jawadi
October 15, 2018
​Mounir el Motassadeq served nearly 15 years in a German prison for his involvement in the 9/11 attacks.
SHOW TRANSCRIPT

A man convicted of helping the terrorists behind the Sept. 11 attacks was deported back to his home country of Morocco Monday after serving nearly 15 years in a German prison.

Mounir el Motassadeq was the first person convicted in relation to the attacks. In 2003, he was sentenced to up to 15 years for being a member of a terrorist group and an accessory to the murders of the thousands killed on 9/11. Part of that ruling was later overturned, and he was convicted again as an accessory to the murders of the 246 people aboard the hijacked planes.

German courts said el Motassadeq helped the hijackers by paying their tuition and rent to keep up the appearance they were college students. He admitted to having a relationship with the involved parties but denied he had any knowledge of the attacks before they happened.

El Motassadeq was released just before his sentence was up on the condition that he be immediately deported to Morocco. He is reportedly banned from entering Germany until 2064. There is no word yet on what will happen to him once he's in Morocco.