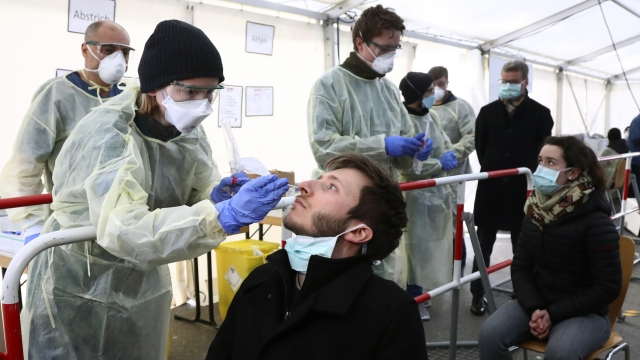 SMS
Germany Passes One Million Cases, Could Be Under Lockdown Until Spring
By Alex Arger
By Alex Arger
November 28, 2020
Germany's economy minister said the next three to four months will show how long COVID-19 restrictions must stay in place.
SHOW TRANSCRIPT

Germany's partial lockdown to combat the coronavirus could last until Spring, according to the country's economy minister.

Peter Altmaier told a newspaper Saturday the next three to four months will show how long the restrictions must stay in place. He said it isn't possible to ease them as long as there are still more than 50 infections per 100,000 residents.

His comments come as Germany topped one million cases Friday — two days after its limited lockdown was extended until at least December 20. The country imposed the measures at the beginning of the month, closing bars and restaurants but keeping schools and shops open.

German health authorities estimate the new measures have reduced social contact by 40% and prevented a large spread, though daily infections are still above 20,000 per day.

Germany has secured over 300 million vaccination doses from different manufacturers, but there's concern hospitals there won't have enough freezer space to hold them. The vaccines could be approved for use there by mid-December.