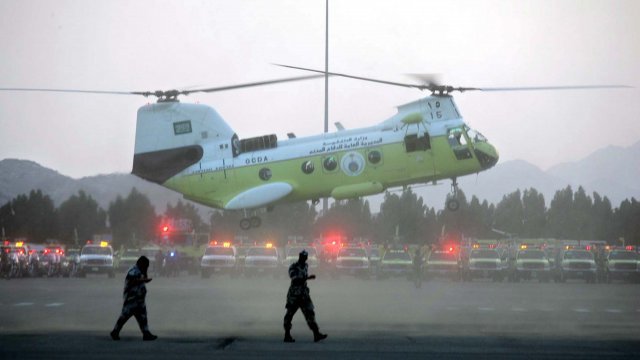 By Stephanie Liebergen
November 19, 2018
It's part of Germany's response to the death of Saudi journalist Jamal Khashoggi.
SHOW TRANSCRIPT

Germany is hitting Saudi Arabia with even more consequences for the death of Jamal Khashoggi.

The country's economic ministry announced Monday the government is blocking all weapons sales to the kingdom. In October, Germany halted new arms sales, but not previously existing deals.

Saudi Arabia imported more arms than any other country in the world last year, so retaliating by targeting weapons sales could be effective. But Germany's action alone likely won't make a big dent. For the past few years, 84 percent of Saudi Arabia's imported weapons came from the U.S. or the U.K.

Germany is also trying to block 18 Saudi nationals from entering most of Europe. Those people reportedly include the 15 Saudis accused of being part of a hit squad assigned to kill Khashoggi.