Germany Agrees To Take In 50 Migrants Rescued By Italy 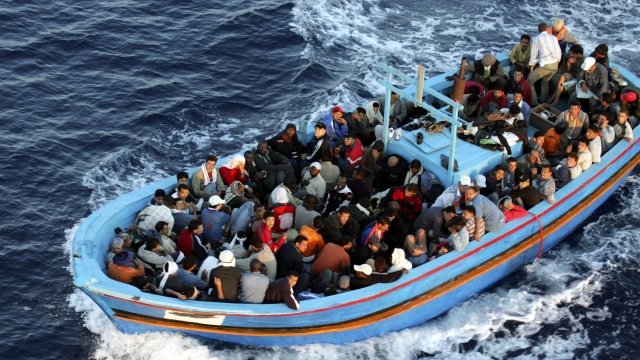 Germany says it will take in 50 of the 450 migrants rescued from a fishing boat in the Mediterranean Sea.

France and Malta will also take in 50 migrants each. Italy's Prime Minister Giuseppe Conte tweeted Sunday that Portugal and Spain had agreed to welcome 50 migrants each as well.

On Saturday, Italy helped rescue the 450 migrants from an overcrowded boat in the Mediterranean.

Conte later wrote a letter to the 27 EU states reminding them they'd agreed to share the responsibility of taking in migrants.

Just last month, Italy's government refused to let a ship with more than 600 migrants on board dock, leaving other countries scrambling to find a place for them.

Spain eventually said it would take them in.