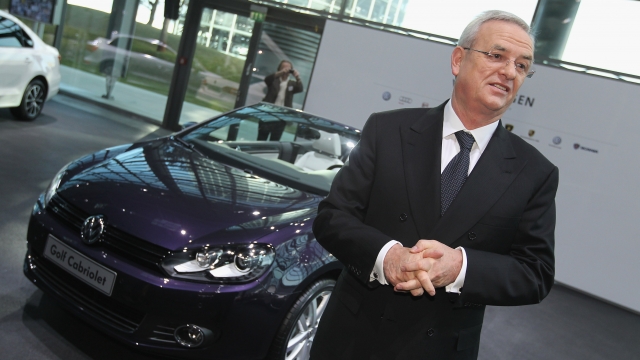 Back in 2015, Volkswagen was caught using special software to make its diesel cars appear to run cleaner than they actually did. The company admitted to rigging about 11 million diesel cars and was forced to pay billions of dollars in fines, recalls and settlements.

But in a statement Monday, prosecutors alleged Winterkorn knew about the scam in 2014 and did nothing to inform customers and authorities.

Four other unnamed executives were also charged. On top of fraud, prosecutors accused the five of breach of trust and breach of competition laws.

Winterkorn already faces charges in the U.S. over the emissions scandal, including violations of the Clean Air Act and conspiracy to defraud the U.S.

But Winterkorn is unlikely to spend any time in a U.S. courtroom, since German law forbids the country from extraditing its own citizens.

Winterkorn has previously denied any wrongdoing. If found guilty in Germany, he could face up to 10 years in prison. Volkswagen refused to comment on the charges against Winterkorn and the other executives Monday.