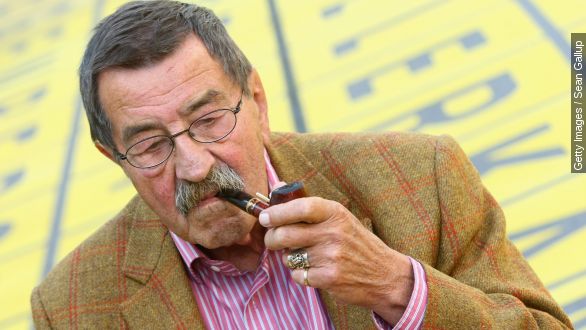 Gunter Grass, one of the most important German writers of the 20th century, has died.

Grass was best known for his first novel, "The Tin Drum," which was published when he was 32. (Video via Das Prinzip Apfelbaum)

The magic realist story of a boy who decides never to grow up, "The Tin Drum" was turned into a film in 1979. It went on to win an Oscar for best foreign film. (Video via Franz Seitz Film / "The Tin Drum")

Despite the genre generally being associated with Latin America, Grass was a leading exponent of magic realism, which he used to write about Germany's time under Nazi rule, of which he was sharply critical. (Video via U.S. National Archives)

That's probably why his admission, in his 2006 memoir, that he had volunteered to join Germany's navy as a 16-year-old, during the Second World War, caused a stir in Germany. (Video via ARD)

Grass was ultimately conscripted into an SS Panzer division as a 17 year old, before spending time as a prisoner of war after the allied victory. (Video via U.S. National Archives)

Grass went on to become a political activist during his time as a novelist, and won the Nobel Prize in Literature in 1999. (Video via SPD)

Grass is survived by his six children. He was 87.