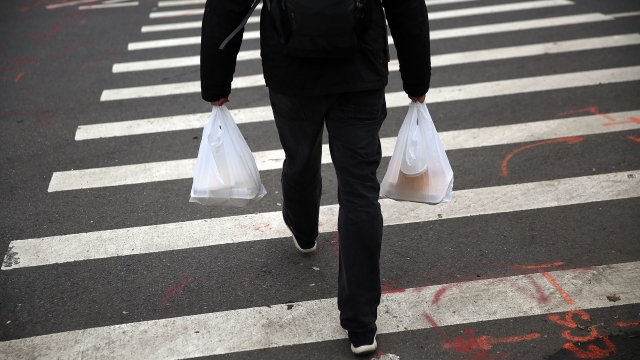 On Sunday, German Environment Minister Svenja Schulze said her department is working on legislation "for a plastic bag ban." She said she wants Germany to "get out of the throw-away society" and to use less plastic overall. Her ministry says the country's existing voluntary agreement with businesses to curb plastic bag use has already dropped consumption significantly since 2016, and she says a ban is the next step to help eliminate the issue.

Last year, the EU agreed to ban a range of single-use plastics starting in 2021. And in the U.S., New York state lawmakers have agreed to ban most kinds of plastic bags from retailers beginning next year.