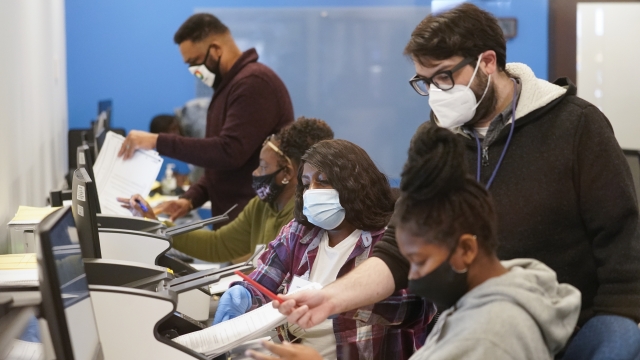 Georgia's Secretary of State, Brad Raffensperger, announced that all votes in the 2020 presidential race will be re-counted by hand.

"With the margin being so close, it will require a full, by-hand recount in each county. This will help build confidence. It will be an audit, a recount, and a recanvass all at once. It will be a heavy lift but we will work with the counties to get this done in time for a state certification."

As of Wednesday, President-elect Joe Biden was leading Pres. Trump by about 14 thousand votes out of nearly 5 million votes counted in Georgia.

Re-counts by hand are not the typical process, usually recounts rely largely on machine scanners and counters.

The decision to count votes by hand comes one day after the Trump campaign issued a statement demanding a full hand count of every ballot cast, citing widespread allegations of voter irregularities.

However, there has not been any evidence of widespread voter fraud.

Raffensperger said the recount will begin by the end of the week and he expects it to take until Nov. 20, which is the state certification deadline.