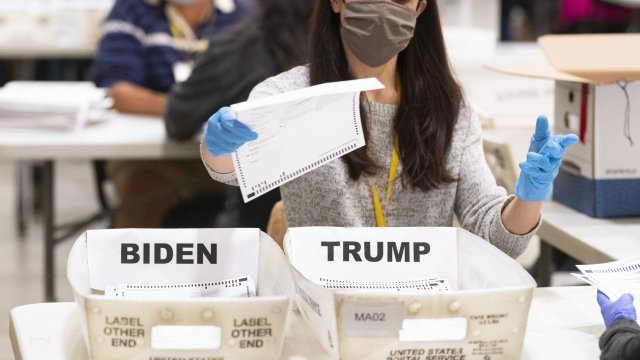 SMS
Georgia To Conclude Presidential Election Tally Tonight
By Newsy Staff
By Newsy Staff
November 18, 2020
The statewide audit was required by state law but is not expected to change the outcome of the presidential election.
SHOW TRANSCRIPT

This statewide audit is technically not a recount. It’s part of a new state law to ensure the election machines counted votes correctly.

The process did reveal some ballots that weren’t properly uploaded into the system.

Gabriel Sterling – who oversaw implementing the new system – says there was no evidence of fraud.

Gabriel Sterling: "There were always going to be some illegal votes and we’re trying to track those down and investigate them, but nothing to say the outcome will be different based on what we’re seeing so far from this audit."

The Associated Press – which Newsy relies on – still hasn’t declared a winner in Georgia.

Once the race results are certified, President Trump can still request a recount if the margin is less than half a percentage point.