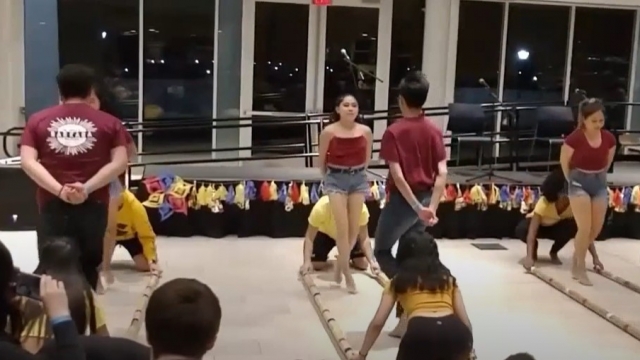 If you haven't heard of Tinikling — you're not alone.

It's a traditional Filipino cultural dance where you dance across bamboo poles that slam together on beat  — the trick is to not get your feet caught.

A group of Georgia Tech students went viral when they performed it to a popular American rap song.

Betina Siopongco — the founder and president of the Georgia Tech Filipino Student Association — says the club was formed a year ago to support Filipino-American students and celebrate their culture.

"We were trying to, one, pay homage to our cultural roots," she said. "But at the same time, we really wanted to also highlight our other identities of being American."

Not only did the dancing go viral — with more than 1.4 million views — but it also caught the eye of Lil Nas X, who even tweeted back support for the group.

this is so hard omg https://t.co/AtBe0uSDVQ

It's not clear exactly how Tinikling came about, but dancer and educator Gerald Casel has some ideas.

"During the time of Spanish occupation, natives working in the colonial fields who did not perform well were made to stand between two bamboo poles as punishment," he said. "They were actually punished in the fields using these two bamboo poles to beat their ankles together."

Not getting caught between the sticks was a sign of resistance and resilience.

Tinikling has been taught in schools around the country for years. At Jefferson County Public Schools in Colorado, the dance was being taught even before physical education coordinator Dave Yonkie got there nearly 28 years ago. 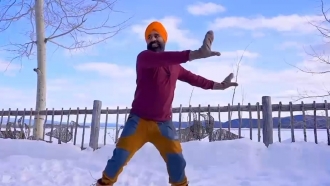 Dancing For Joy Bhangra Style — One Day At A Time

"Once the kids start having some success with it, they'll start personalizing it a little bit," he said.

Yonkie said he learned Tinikling when he was in school almost 50 years ago and now enjoys teaching it to his students.

From California, to Louisiana, to New Jersey, students are dancing Tinikling. But it's important to know where it comes from too.

"It makes me really happy that the world is becoming a much more open place and knowledgeable place," Betina Siopongco said. "You know, Filipinos and non-Filipinos are comfortable and prideful in learning about other people's cultures.