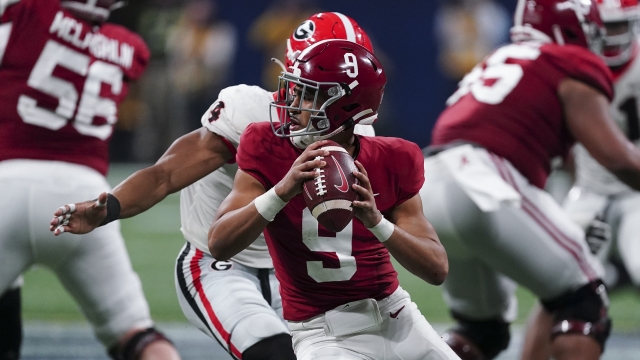 The college football title is on the line Monday as Alabama and Georgia go at it once again.

The two teams met five weeks ago, with Alabama dominating the Bulldogs in the SEC championship. It was Georgia's first loss of the season and their seventh straight loss to Alabama.

The Tide is trying to go back-to-back as national champions for the second time under head coach Nick Saban.

Georgia head coach Kirby Smart said he understands the difficult task at hand but says his team is ready.

The two teams met in the national championship four years ago. The Bulldogs led 13-0 at halftime before Alabama came back and won the match in overtime.