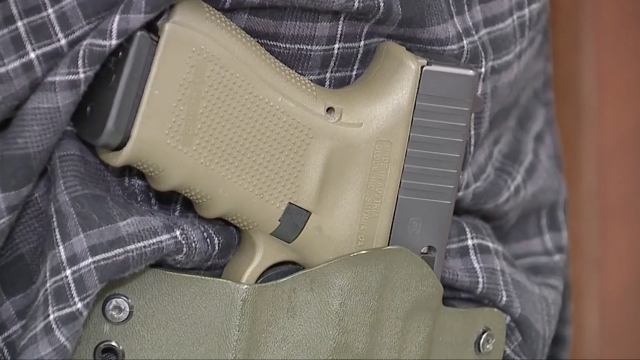 In Georgia, a new test for the state's controversial "Stand Your Ground" law is headed to trial.

A judge denied Marcus Wilson's request for immunity in the shooting death of 17-year-old Haley Hutcheson.

Wilson turned himself in on murder charges for the shooting in June of 2020 and has been in jail ever since.

Wilson claims Hutcheson was in a car with a group of teens who were driving drunk and trying to run him and his girlfriend off the road while hurling racial slurs at him.

Wilson says in order to save himself, he fired several warning shots before ultimately firing the shot at the vehicle that killed Hutcheson.

The defense argued Wilson's charges should be dismissed because of the state's Stand Your Ground law.

Stand Your Ground removes the "duty to retreat" before responding with deadly force in self-defense. It also gives any law-abiding citizen the right to defend themselves anywhere they are legally permitted to be.

The defense's closing arguments said: "The evidence shows that Marc Wilson was justified in his use of force. And he applied a level of force necessary that he thought was necessary to defend Emma Rigdon and defend himself."

The state's closing arguments said: "One person we have not heard one word about the actions of is Haley Hutcheson because she did not do one darn thing, except sit there and get shot."

Ultimately, Judge Ronald Thompson sided with the prosecution, sending this case to trial.

Wilson's Stand Your Ground defense is a familiar one. It's been used in infamous cases like the shooting of Trayvon Martin, Markeis McGlockton and Ahmaud Arbery right there in Georgia.