Georgia Senate Races Both Advance To Runoffs In January 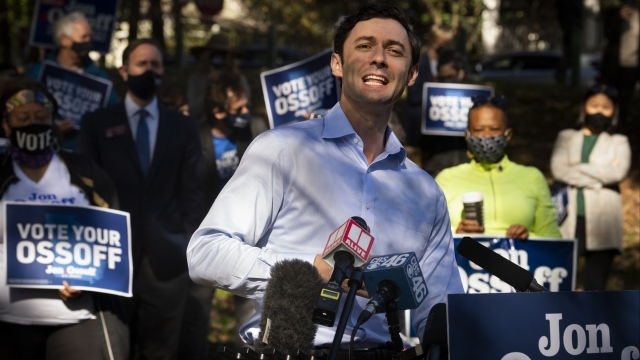 Georgia's Senate race between Republican Sen. David Perdue and Democrat Jon Ossoff is advancing to a runoff. The new vote will happen in early January.

In Georgia, a candidate must get more than 50% of the vote to win. The Libertarian candidate secured enough votes to deny a majority to either major party candidate. Perdue, the incumbent, received just under half the votes while Ossoff trailed him by two points.

This is the second of two Senate races in Georgia that will head to a runoff, keeping hope alive for Democrats who want to flip the Senate. Earlier Democrat Raphael Warnock, who led in a crowded field, secured a special election runoff against GOP Sen. Kelly Loeffler, who was appointed to fill the seat of retiring Sen. Johnny Isakson.

If Democrats flip those two seats, the Senate would have a 50-50 party split. In that case, Vice President-Elect Kamala Harris would be have the tie-breaking Senate vote, tipping the balance towards the Democrats.