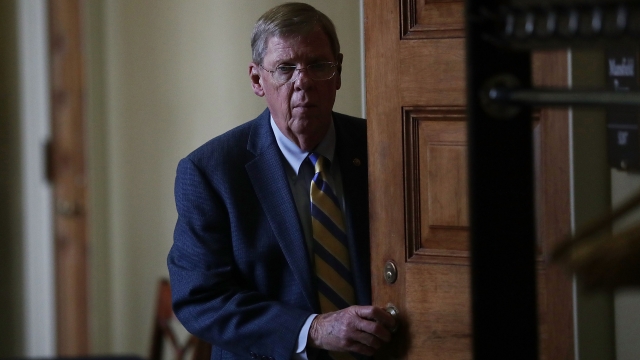 Republican Sen. Johnny Isakson announced he'll resign his seat at the end of the year.

In a statement released Wednesday, the Georgia senator said he's stepping down due to "health challenges" related to Parkinson's disease, as well as a recent surgery. He was diagnosed with Parkinson's in 2013.

In a tweet, Isakson wrote: "It has been the honor of a lifetime serving the state of Georgia. This decision pains me greatly but I know it is the right thing to do."

There will be three years left in Isakson's term when he officially vacates his seat on Dec. 31.