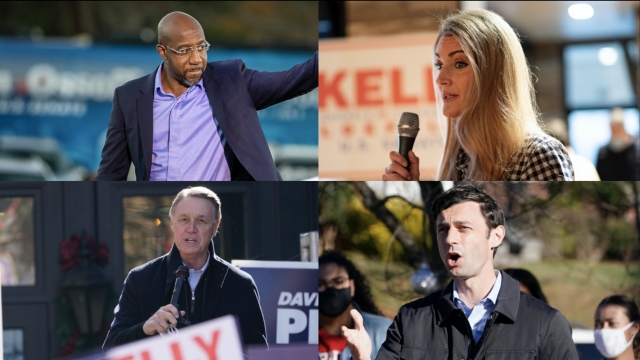 If GOP Sens. David Perdue and Kelly Loeffler both win Tuesday, Republicans will keep their 52-48 majority for the 117th Congress.

Control of the Senate all comes down to the two runoff contests in Georgia on Tuesday, bringing in some big hitters from both parties.

Excluding the two seats up for grabs in Georgia, the current party split in the upper chamber looks like this: 50 Republicans and 46 Democrats, plus the two independents who caucus with them.

If GOP Sens. David Perdue and Kelly Loeffler both win on Tuesday, Republicans will have a 52-48 majority, with Sen. Mitch McConnell remaining as majority leader.

If the seats split one and one, then Republicans will keep control with just a one-vote margin over the Democrats.