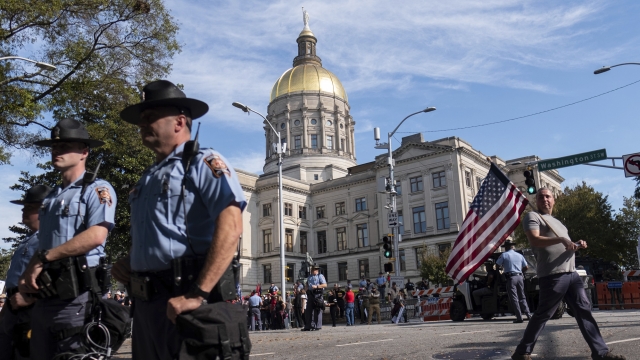 Votes for the presidential race in Georgia will be counted again after President Trump's campaign requested another recount.

State law allows the losing candidate to request a recount within two days of certification.

This time, it won't be hand counted by thousands of workers — it will be counted through a scanner. The same way it was originally counted on election night.

This will be the third time ballots are counted in the state.

Throughout the recount process, Georgia Secretary of State Brad Raffensperger has faced a lot of criticism from fellow Republicans.

Now the FBI is investigating threatening text messages sent to his wife. The FBI is looking into the credibility of those messages.