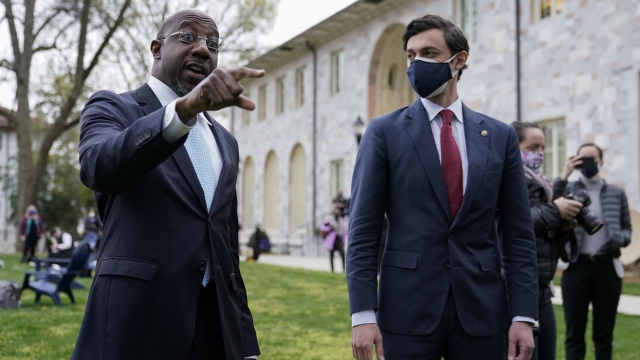 SMS
Georgia Lawmakers Decide On Voting Rights
By Newsy Staff
By Newsy Staff
March 22, 2021
A key House committee is expected to take up a bill Monday, which would impose absentee I.D. requirements, and limit the use of drop boxes.
SHOW TRANSCRIPT

Democratic Sen. Raphael Warnock is among many Democrats accusing the GOP of wanting to take away some people's right to vote.

"I think the onus is on my colleagues to explain why they're not supporting voting rights. Voting rights is not just one issue alongside other issues," Sen. Warnock said. "It is fundamental. It is foundational. It is who we say we are as an American people. It's the covenant we have with one, another one person, one vote. And so we've got to do everything we can to pass voting rights."

A key House committee is expected to take up a bill today, which would impose those absentee ID requirements, and limit the use of drop boxes. It would also make it a misdemeanor to provide food or soft drinks to voters waiting in line.

Republicans only have five legislative workdays left on their calendar before the general assembly adjourns on March 31.