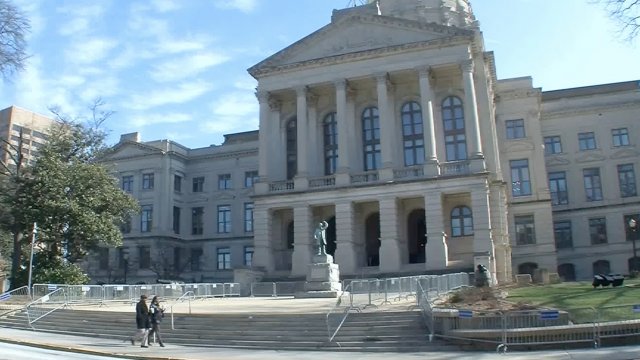 SMS
Georgia House Approves 'Heartbeat' Abortion Bill
By Alec Larson
By Alec Larson
March 29, 2019
The bill ​will now head to Gov. Brian Kemp's desk, where he is expected to sign the measure into law.
SHOW TRANSCRIPT

Georgia's General Assembly passed the so-called "heartbeat" abortion bill Friday. It now heads to the Governor's desk, where he is expected to sign it.

The House voted 92-78 to move forward with the Living Infants Fairness and Equality Act. The measure would ban abortions as early as six weeks into a pregnancy when a fetal heartbeat is detected. However, many women are unaware that they are pregnant during that time.

Georgia Gov. Brian Kemp tweeted after the House vote, "The legislature's bold action reaffirms our priorities and who we are as a state. I thank these lawmakers for their leadership and applaud their undeniable courage."

Multiple organizations have criticized the bill including the ACLU which promised to take legal action to block the measure if it is signed into law by Kemp. The ACLU said in a statement, that the bill "would ban safe, legal abortion and criminalize the most intimate decision women and couples make."